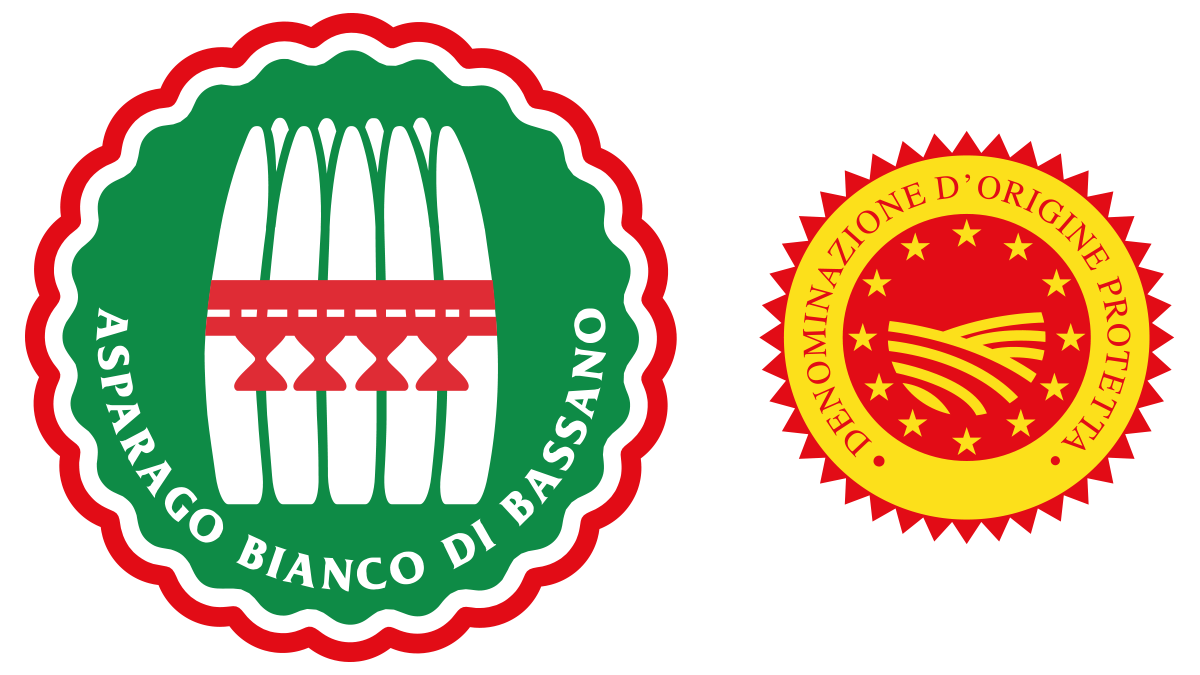 The special GEMA selection of white asparagus of Bassano is guaranteed by the Protected Designation of Origin, the European trademark that certifies the quality and the typicality of the local products. An attestation achieved by the Associations of protection and from local Administrations in 2005 that assure the traceability in every single step of the supply chain to guarantee the territorial prerogatives of the product. The origin of the high quality of GEMA is recognized even by the certification GLOBALGAP of the Good Agricultural Practices, issued by the institution authority of the quality certificate CSQA.

The white Asparagus of Bassano DOP has ancient and legendary origins dated back in the period between 1200 and 1500. The most ancient legend recount that Saint Anthony from Padua, a friar with Portuguese origins that has lived some years in Africa, really appreciates the asparagus and had spread the knowledge of this cultivation in the territory of Bassano del Grappa where he was staying to tame the tyrant Ezzelino from Romano. Another reason why the asparagus is related to this saint is because the harvest season normally ends the 13th of July, day of his anniversary, when he died in Padua the 13th of July 1231. The first documents that attested the presence of crops of asparagus in this territory are dated back to the period of the Venetian Republic. Other documents tells that the asparagus produced in Bassano were particularly appreciated by council fathers, returning from the Council of Trento.